Guilty Gear Dust Strikers​, or Guilty Gear DS, is a spin-off fighting game in the Guilty Gear series for the Nintendo DS and the thirteenth installment of the series. It is modeled after Guilty Gear Isuka, and also allows for four player fights.

Featuring twenty-one playable characters, the game only has twenty Story Modes, as Robo-Ky has no story mode. Dust Strikers features seven mini-games, ranging from the Balance Game where the player have to help a chibi Jam balance the falling items with her plate, to Venom's Billiards, which pits the player and his/her opponent in a pool-style game. 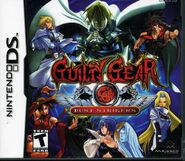 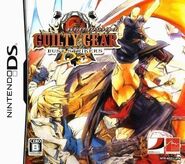 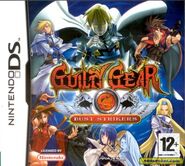