Despite being the series' first release, the game itself reveals little of its context, or the character's backstories; it is not until later material and games that the history of the Guilty Gear universe is thoroughly explained.

Guilty Gear is a 2D fighting game, similar to Street Fighter and The King of Fighters, but is fast-paced and focuses more on the use of combo techniques. Featuring thirteen playable characters and their respective stages, combat is one-on-one, set in best-two-out-of-three rounds. The main menu has four options: Normal Mode, Versus Mode, Option Mode, and Training Mode.

Normal Mode is a series of battles that pit the player against the CPU; by defeating all opponents, the player gets to view their selected character's ending, and earn a number of trophies in the Anniversary release. Versus Mode is a fight between two players; before choosing fighters, the background can be selected by pressing Start. Training Mode allows the practice of combos, and pressing Select will enter the Training Config menu. Option Mode allows to alter various aspects of the game.

, Taunt, and Respect. Special Moves use directional buttons plus one of these attack buttons. Taunts can be canceled, while Respect is a "reverse taunt" that cannot be canceled. Some available techniques are: Throw (

) is done standing close to an opponent; a launcher attack (

) is used to initiate aerial combos, and if it connects, one must immediately hold

to follow up with a Chase Jump. Regarding defense, a Dead Angle Attack (done with a Special Move command) allows to attack immediately after blocking, and a Perfect Guard (hold

while blocking) so as to not lose health during an attack.

This last technique depends on the bar located below the characters, the Chaos Gauge. Initially empty, the gauge fills up every time the character connects an attack. Its main purpose, however, is allowing a character to perform their one Chaos Move. These take a completely full gauge to use, although some can be performed when below 50% health (when the life gauge turns yellow) as the character is surrounded by a red aura and enters Chaos Mode.

All but three characters can charge one attack to do extra damage. Charging is done by pressing the specific move commands and holding down Taunt or

. The character will stand there and build power, and a number will appear above their Chaos Gauge showing Level 1, 2, or 3. At any time, a character may stop charging, and release the attack. Finally, all characters have access to one Instant Kill move, not shown in their command list in-game, which will win them the match regardless of the round.

The backstory for Guilty Gear is presented thusly in its manual: Set in the 22nd Century, mankind succeeded in developing a natural, limitless energy supply, and brought about the Age of Magic. Science and industry, sources of environmental pollution and weapons of mass destruction, were thus outlawed. However, the abolition of technology did little to soothe mankind's suffering. A war erupted, fueled by rapidly developing magical theory, that saw the birth of Gears—powerful biological weapons produced by fusing human and animal DNA with magic. The powerful military state that produced the Gears as little more than slaves monopolized the manufacturing process, bringing countless other lands under its control.

Yet among their ranks, a rebel appeared and announced herself to be self-aware—Justice. She gathered an army of fellow Gears and declared war on all mankind. Despite heavy initial casualties, humans put their differences aside and formed the Sacred Order of Holy Knights to combat the Gear menace. After one hundred years of brutal war, the Crusades came to an end when the Order sealed Justice inside an impenetrable dimensional prison, and the masterless Gears were rounded up and destroyed. Afterwards, the Holy Order was then dissolved.

In 2180, five years later, the walls of Justice's dimensional prison have unexpectedly begun to erode. Assessing the threat before them, the world's leaders quickly organize an international fighting tournament to select members for a proposed Second Sacred Order. Few take notice of its suspicious rules—permission to shed blood during the matches—, but the prize is tempting: The victor gets to make a "single wish... any wish at all".

In-game, once the combatants fight through all stages of the tournament they find out the true meaning behind: Testament appears before the combatant, saying he only needs the blood of one more "sacrifice". He is defeated, but his own blood is all that he needs to achieve Justice's complete resurrection. She awakens, ready to fight, and the character must defeat her. The tournament's winner and the one who kills Justice is Sol Badguy.

For the rest of the contestants: Ky Kiske gets to trade words with Justice, but is shaken by the realization that no single truth governs everything; May is reunited with Johnny, who has freed himself from prison; Dr. Baldhead, remembering his patient's last words, regains his sanity; Sergeant Gabriel frees Potemkin and recruits him for the upcoming revolution in Zepp; Chipp Zanuff remembers his master's teachings and realizes that he has traded one vice for another; Millia Rage defeats Zato-ONE but is unable to kill him, leading to complex feelings; Zato himself, suffering from physical and mental weaknesses, is taken over by his own shadow; Axl Low is flung through time once again; and Kliff Undersn faces Justice in battle once more, but it proves to be his last. His son, Testament survives and, freed from Justice's control, flees to parts unknown.

Daisuke Ishiwatari conceived the game before joining Arc System Works while he was in vocational school, having the whole plan for it worked out.[1][2] With influences of the manga Bastard!!, Ishiwatari created the series hoping it would appeal not only to game fans but to anime fans too.[3] After Ishiwatari entered the company, while working in other things for the company, one day he revealed to president Minoru Kidooka that he wanted to make a game in Street Fighter II-likeness.[1]

With the president's acceptance, Ishiwatari started to work on it along with a cast of about twelve people,[4] "Team Neo Blood".[5] In 1996, it was publicly announced along with the characters,[6] but actual development did not start until the company reached a point when they had a software development environment capable of handling the game.[2] Starting sometime in 1997, the development cycle lasted about a year and a half.[1] Early in development, the game was designed with rendered 3D visuals, but this was later replaced by hand-drawn artwork.[7]

Ishiwatari was convinced that the game "should be something difficult". His main focus was to create a product that would satisfy its players, and that could "expand the possibilities of the game itself." A different layout of buttons, "one of the things that defined" the game, was necessary because "we wanted to come up with something different to the other games – it needed to be different." For this reason, Instant Kills were added; their function was to add tension to the fight as someone who was winning could be defeated suddenly, which is "something we really wanted to be a strong theme for the game."[8] 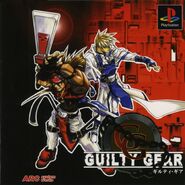 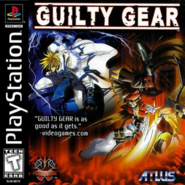 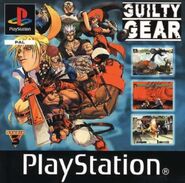 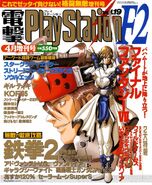